Congratulations to Bonnie Prince Charles who won gameweek 9 and won the prize money. Hopefully more of you will decide to enter this week.

The rules are as follows.

- Entry costs 0.5GOLD (donate to Big Boy Bulley)
- Pick which team you think will win each game by putting their name in Bold.
- 1 game each week will be selected as the tie breaker, for this game you will also have to guess the combined points.
- The person with the most correct guesses at the end of each game week will win all of the entry money i.e. 5GOLD if 10 people enter.
- Ties are decided by the tie breaker (combined points)

I hope lots of you join in even if you dont like american football!

Ive decided to just leave out the first game due to nobody knowing about it until only a few hours ago.

Is anyone playing ?? Im putting mine up tomorrow.

@BBB: Did i pay you the entry fee ??, i cant remember lol

you have now, but i dont think you did before!

You mean i payed for tis one but not last ?? Im sure i did but check for me just incase.

He means you didn't pay before (for this week), but now you have. 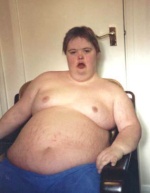 Thankz for clearing that up brodie.

wow that was a bit of a lame turnout. only 4 people this week.

I would join in but I dont understand any of this.

Got to http://www.nfluk.com/about-the-game/rules.html to learn about the game of American Football and you can just post any questions you might have about the game here and someone will answer. or are you talking about how to play this game.

@ BPC, i thgink he would mean both!

All i can say flam is unless you watch it you will never understand it!!

Eagles are so gunna win tonight, and its on live in UK!

Guys here is the situation going into the final game tonight:


Basically going to go down to points between me and Hammy

i only counted 8 for BPC?

yeah my bad, will edit it!

Well i look forward to receiving my winnings. I'm so much better at this than i thought i would be. I watched up to half time of the 49ers v Cardinals last night and the score was 21 - 13 so i woulda been suprised if they didn't reach my prediction.
Did anyone watch it? Just watched the highlights to catch the 2nd half, that last drive of the game was laughable. Very good kick off return though and i think the 49ers might actually get some wins under their belt now.

Hey guys anyone here do fantasy football on nfluk.com? Cos you're talking to someone who got 98th this week out of 30,000

I do mine on Yahoo, but not UK. We actually know a thing or two about American Football

I do decently, but I put in almost no effort and autodraft as well. If I live drafted with some of the putzes I play against I'd probably kill them.

Well on the UK version you have 18,000,00 a week to spend and you pick new players every week, people can pick same players. It's better than the draft system because if you drafted LT and say Ryan Grant you're screwed. Whereas this way lets you play the matchups and doesn't let injuries screw you over.

Yeah, they do that on Yahoo in a way I suppose. I think they call it Salary Cap Football, or something like that. I never really fancied it in Football though. I used to play in a league for basketball that we actually had salary caps, contract lengths, the whole nine yards. It was pretty damn tough, since it was made to last for 8 years (which it did), but the first place team the first year rarely made it the second simply because of rookies, injuries, contract length, etc.

Trades were tough. Overall, it was a really difficult thing to manage. I think I spent enough time on there managing my team as I did playing Erepublik now.

widdows9000 wrote:Hey guys anyone here do fantasy football on nfluk.com? Cos you're talking to someone who got 98th this week out of 30,000

nice job, how many points was that then? yeh i sort of do it, in the sense that i picked a team on the first week and always forget to change my team!!!
usually pick up around 50-80 points a week which aint too bad for no changes. i have Brees in at QB so he's picked up alot for me. just checked my email, i got 102 this week in at 2710th.

And thank you BBB