Oh, and dont forget our 4x4's and vans

P.S. i am aware most of those are subsidaries of other companies and what not, but still....


So sad that of all those, we own none entirely.

They are all subsidaries of other companies....meaning that they ARE british, they are just part of foreign company groups.....its complicated, but lets just argue the fact that.....

TVR- they aren't mass produced, but they are freaking amazing!!!

And ya, about the video, there used to be a TV show in Canada where the host would go to the US and say the most ridiculous things about Canada, and they would believe it! Like, the episode I remember most, the host went to Florida, and told them that to vote in Canada, you drop a pine cone or a maple leaf in a box, depending on which party you're voting for. God, that show was hilarious

And yes, Americans say dumb things. I was on a tour in Paris, and they looked at the obelisk in Place de la Concorde, a 3000 year old, truly Egyptian obelisk, and they thought it was a copy of the Washington Monument. 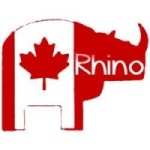 I just love calling canadians yanks....they get soooo annoyed with me

intrepid132 wrote:And yes, Americans say dumb things. I was on a tour in Paris, and they looked at the obelisk in Place de la Concorde, a 3000 year old, truly Egyptian obelisk, and they thought it was a copy of the Washington Monument.

Lol, If I where there, I'd give them the biggest facepalm ever in the 4000 year history of human civilisation.

I'm from the US and I get that some of us are morons, but come on!

I love people that have no clue.

(I promise I'm not one of those Americans)

Although the americans are seem bad, can you imagine if you asked those question to the chavs in the UK they'd be just as bad

Every nation has idiots

Now lets have a go at the Germans.

The British one and this one are fake, the creator admits it on the video description. 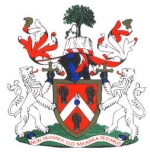 Hahaha...Australians at least know what the currency of Britain is