I advise EVERYONE to go see tropic thunder.. It is Great.. 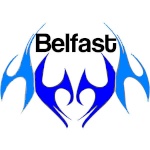 i could'ent stop myself laughing.
Did you see the wee asian kid at the end getting chucked in the river

Off to see this tomorrow tis good from what I heard

Tell us what u think when u get back.

Will do. I heard Downey JR steals the show he is supposed to be awesome in it

Haha yeah you will enjoy it.. it Bloody halerious!!!

I loved that asian getting thrown!!! lol that movie made my month hahaha

It is honestly the best comedy of this year, when the film starts it has it's own trailers the one with Robert Downey JR made me piss my pants. You have to definitely watch it

Do you believe that the famous music producer guy in the film was actually Tom Cruise ??? Look at this:
http://www.imdb.com/character/ch0100777/

Would have believed it unless i seen this.

The bit where he shouts down the line at the flaming dragon guy, those lines will stick with me forever

haha Yeah.. i was watching it and i thought it was Tom Crusie and it was!! lol

I loved the begining trailers.. haha

I think it is agreed that Tropic Thunder is one of the best comedys of all time.
YES

Not usually one to revive such an old thread but i only just caught it last night. Was pretty good. Thought it was gonna be s*** at the beginning cause i'm a big fan of military movies and cause they were taking the piss i thought it might taint my opinion of it but yeh all was good.
Only realised it was Tom Cruise right at the end when he he says 'I couldn't have done it without you' and i recognised the expression on his face. Was quite suprised cause most of the films i've seen him in, he's played a lead, and serious character.

yeah well it kinda did take the piss out of army movies at the begining but made up for it i hope.. Well it was a good movie overall aye

Sounds alot like that other army style comedy movie.. cant remember its name.. had Charlie Sheen in it.. 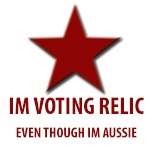 Tecchi wrote:Sounds alot like that other army style comedy movie.. cant remember its name.. had Charlie Sheen in it..