"Socialism" isn't a shiny happy version of "evil communism": it's actually the other way around. Communism is the Marxist ideal, whereas socialism is the Soviet reality.

What we have in the UK is liberal democracy, and what we had in here when there were genuine Labour governments in the aftermath of WW2 was social democracy. Socialism is well and truly dead in the UK: Tony Bliar destroyed it so thoroughly that it no longer even has a place in the opposition any more.

shadow wrote:god, I'm so happy to finally have these discussions again. I missed them so. You're making my day kia.
Unfortunately it's already 00.03 hours here in belgium and need to get up tomorrow at 8.00 so I'll answer further tomorrow. I just want to point out on this:

"When was the last time UKRP reformed anything? "

We laid the basics for this country, we brought order in this country when there was chaos. We made this country form the tiny shithole to a e-rep superpower. From all the changes that this country has gone trough, we have brought up the biggest and most important. Yes, PCP has brought up unions, but from the looks of it, they aren't really working.

I agree that we have been a little bid quite lately, but if you would put up all our achievements against all those of PCP, we are ahead of you guys by mliles.

all i was saying is other party names are just as misleading. I think our economic policy’s make us communist over socialist.

Yes UKRP has been great for the country but most of that happened when PCP didn't even exist.

the military was not down to UKRP. It was a combined effort and although the idea of paras you could lay claim to if you ever did then i could say i invited the reserves as i was the first to post on them. The military structure was also the combine effort of many. The structure now isn’t the same as it was in UKRP’s time but again the people who changed it are from different parties.

It's all irellivant really i'm not saying UKRP is a bad party.

This is getting far to off topic. 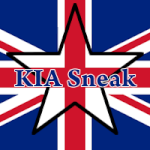 This is getting far to off topic.


I said that in a thread about the King and Queen, and I got a response that this was the way UK Politics were

You took a shot at the UKRP, so you can't expect it's Founder (or co-founder, or whatever) to sit back and watch.

Oddly off-topic in an already off-topic thread... But I wanted to share these.

What the world would be like if the Soviets had won. 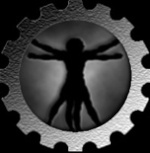 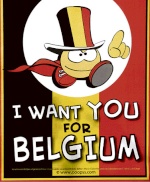 hahaha, I lolled at the "dude, stop posting anti-party shit on my wall, you fag. ur gonna get me shipped of to the goulags like to did to vlad last month"